We’re delighted to hear that a magazine designed by Red Onion has received an international award. Unbeknownst to us, our client entered the title into the “Magazine Publishing Improvement” category of the 2017 CASE Circle of Excellence Awards. We competed with education establishments around the world, several with bigger budgets and bigger teams. The yearly alumni magazine, Essex Effect won SILVER. Here’s what the judges said:

“Delivered on alumni request to reflect the specialness of the school: to stand out from other school magazines”

Here’s some general comments from judges about the entries

“Improvements among entries this year were incremental, often taking publications from good to great. One big trend we saw, and applaud, is an increase in the number of dramatic photos and graphics. The photos were often of exceptionally high quality and many were cropped in for compelling effect. Stories were generally short. Much attention was given to covers, and, as a result, many have become competitive with newsstand publications-a smart goal for everyone because these are indeed our competitors for reader attention. One other trend with images is to feature alumni or images related to articles on the cover rather than the long-used images of presidents, faculty, or students…yawn. Go for it!

After reviewing entries, the judges’ take-away thoughts are editors are well served to pay attention to hooking readers in with feature photography and engaging writing. This will pull your readers in, and suddenly alumni who think they are too busy to read will want to curl up and enjoy your magazine cover to cover. We, as judges, felt that about a number of entries and we were not even alums! And with those feature photographs, give the images room to breathe. Avoid crowding them with text and graphics. We were impressed also with a magazine that gave a pull quote an entire page. Drama is great when you can use it.

Our winners were chosen for bold, ambitious redesigns that met their objectives.”

Well done to everyone who’s involved with the magazine – and we’re looking forward to the next edition!

See pages from the magazine

More about the awards 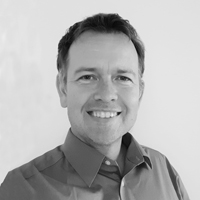